High drama on the high seas. The setting is the HMS Bounty of the 19th century British navy. A rarely moustache-less Clark Gable says "enough!" to the Draconian ways of Charles Laughton's heartless Captain Bligh. Fantastic seafaring visuals, an exotic side trip to tropical Tahiti, and a callow Franchot Tone add to the fun, but it's the fireworks between the two leads that make it a classic. 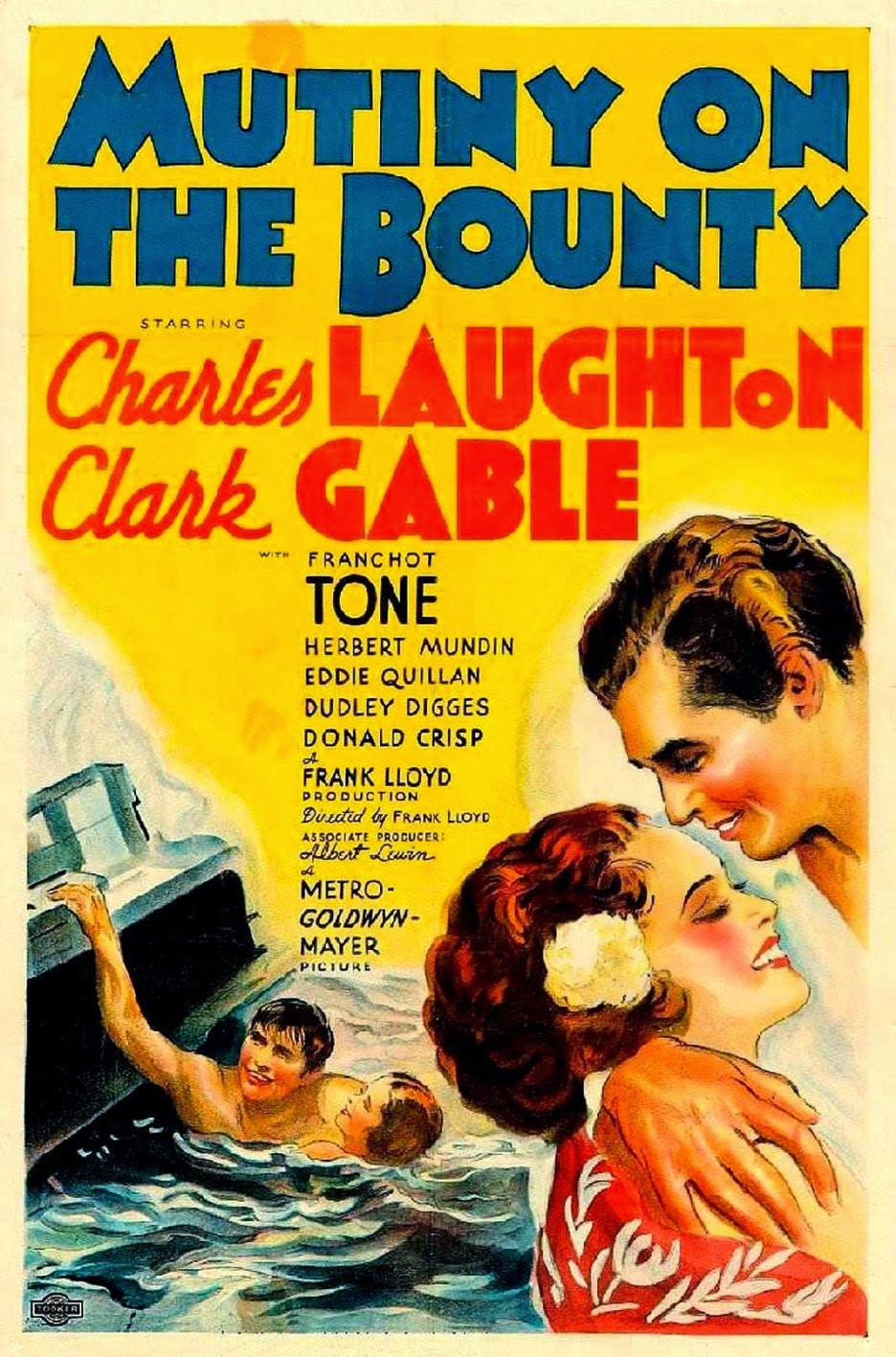 Posted by roncastillonyc@yahoo.com at 5:23 PM