If you're a germaphobe then you should avoid this film like the, er....plague. A US satellite has returned to Earth carrying a nasty creepy crawlie virus. It hyper-coagulates human blood in seconds and it could wipe out the entire planet unless a team of military scientists can figure out how to disarm it in record time. Adapted from Michael Crighton's first big techno-thriller, this taut sci-fi nail biter (emphasis on the sci part), delivers the shudders with not-so-dated special effects (given the picture is over 40 years old) and an excruciatingly tense finale. 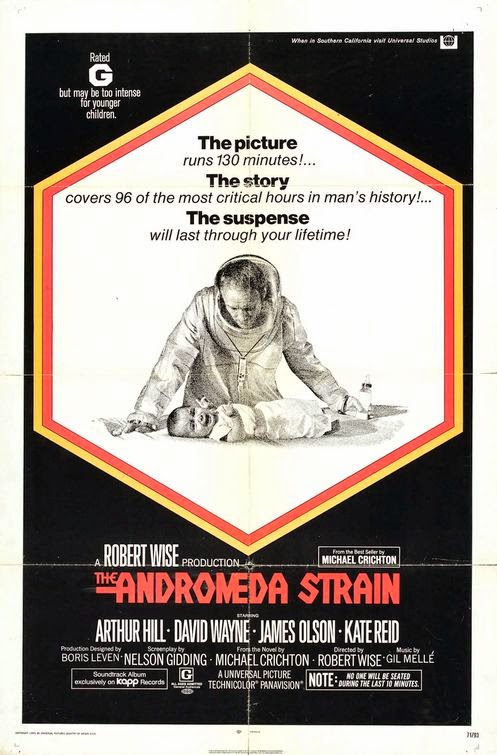 Posted by roncastillonyc@yahoo.com at 7:04 PM