The 1960's It Girl Julie Christie has a star turn in this very fine adaptation of Thomas Hardy's proto-feminist 19th century novel. She's a headstrong young woman who comes into a substantial inheritance, her wealthy uncle's working farm. In good time she manages to beguile three different suitors all at once, making her the Goldilocks of the English countryside. One is too cold, the older and stuffy land baron next door (Peter Finch); one is too hot, the smoldering army sergeant (Terence Stamp) who, ahem, makes good use of his broadsword; and the last, the earthy farmhand (Alan Bates) may be just right. It's all set in the achingly beautiful English countryside of Dorset and Wiltshire and the film feels as if it's looking ahead to the style of the best '70s cinema, it has a modern sensibility despite being a period costumer. Richard Rodney Bennett's score is a big plus too. 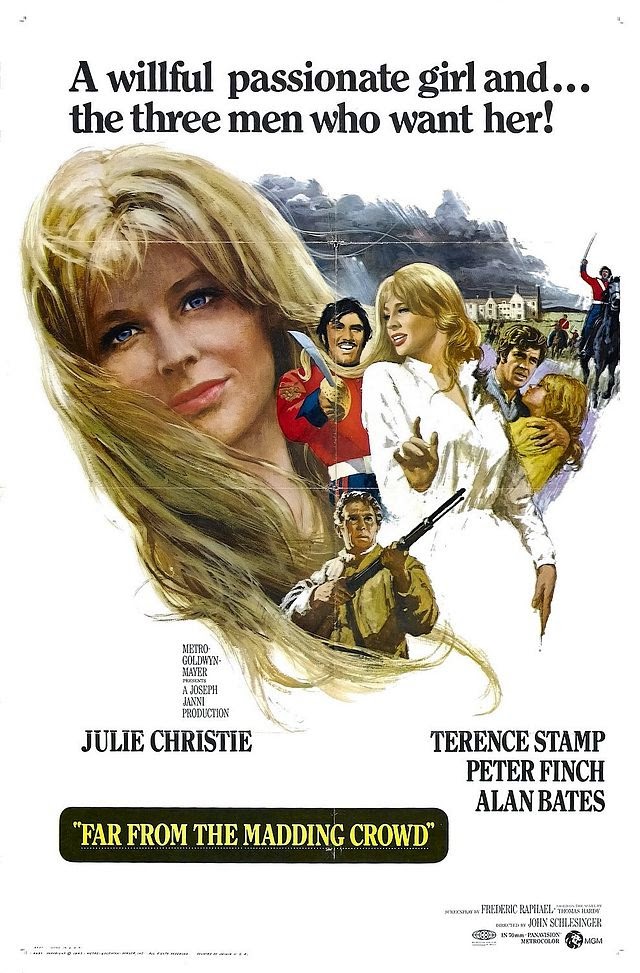 Posted by roncastillonyc@yahoo.com at 9:30 PM