A glossy gleeful romp. On the eve of the French Revolution, Stewart Granger is a dashing ne-er-do-well seeking revenge against the fop aristocrat (Mell Ferrer) who killed his best friend. To hide his identity he goes incognito with a traveling commedia dell'arte troupe as the clown Scaramouche, where he staves off the advances of one of the company players, a fiery Eleanor Parker. She's a sexy Judy to his caddish Punch. And if you like sword fights, the climactic duel--purportedly the longest in film history--is a doozy. It'll give you a helium high, it's that good. 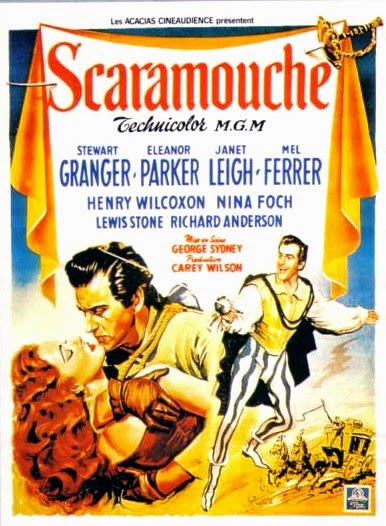 Posted by roncastillonyc@yahoo.com at 7:54 PM