One of the five great adult-themed westerns Jimmy Stewart made in the 1950's with director Anthony Mann. We often think of him as the honest and affable American Everyman but when you delve deeper into his output as an actor you realize he was at his best with characters who were battling really big inner demons. Here he's an ex-rancher on the hunt for an outlaw murderer, a smarmy smiling Robert Ryan with a big bounty on his head. It's unsettling to see him pursue this lout just to get the filthy lucre, you root for him but it leaves a sour taste. On top of that he's suffering from PTSD after his time in the Civil War AND he has to contend with some other ne'er-do-wells he meets along the way--a dishonorably discharged calvary officer (Ralph Meeker) and an opportunistic panhandler (Millard Mitchell)--who want to split this questionable windfall three ways. Leave it to Stewart to win our sympathies (and the heart of love interest Janet Leigh) despite the anti-hero baggage. It's all played out against the stunning Technicolor vistas of the Rocky Mountains. The juxtaposition of nasty people and beautiful scenery makes for fascinating viewing. 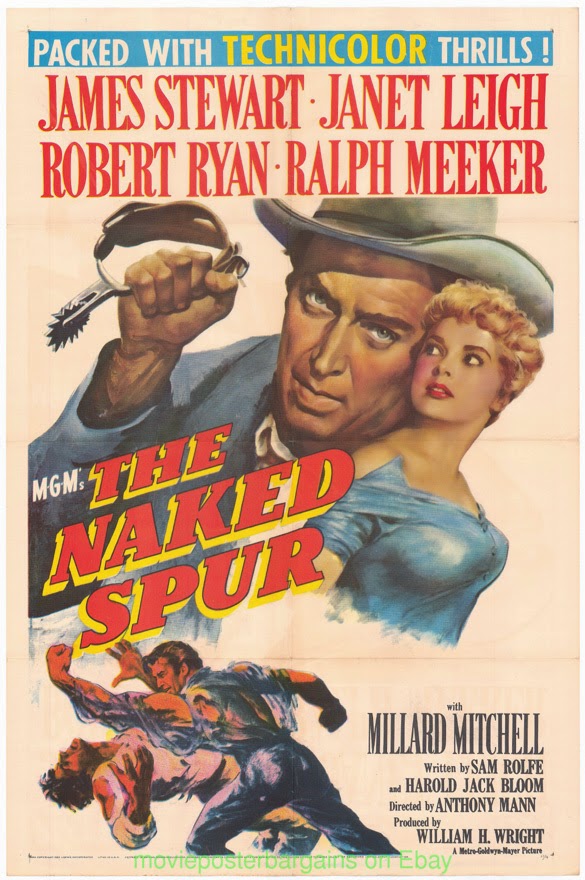 Posted by roncastillonyc@yahoo.com at 2:17 PM