Frank Capra directs this fun, not-too-stagey filming of the classic comedy thriller play. Cary Grant discovers that his two dotty old aunts have been mercy killing old bachelors that they take in as boarders. His exasperated double takes and flustered whinnies almost veer into parody. Almost. It's Cary Grant after all. Dewey Priscilla Lane is the love interest along with Raymond Massey and bug-eyed Peter Lorre as Grant's scary brother and henchman. The creep factor and laughs escalate apace, as does the body count (count them 13!) before the denouement. 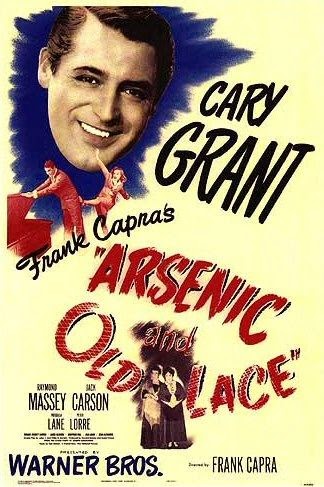 Posted by roncastillonyc@yahoo.com at 5:20 PM