At times uncomfortable and fascinating, this cinema verité film is like being at a cocktail party where everyone has had  too much to drink. You want to get up and leave but you know something embarrassingly dishy is just around the corner. Director John Cassavetes most emblematic work, it's the story of an upper middle class couple's unraveling marriage. He turns to a young prostitute (a smashing Gena Rowlands in big false eyelashes and sequins), and she picks up a hippie at a go-go club. And even though suburban soul baring anomie has been done to death, it's the telling that's the draw here. Grainy black and white photography finding all those searching angst ridden faces, it's beautiful sadness and a must-see. 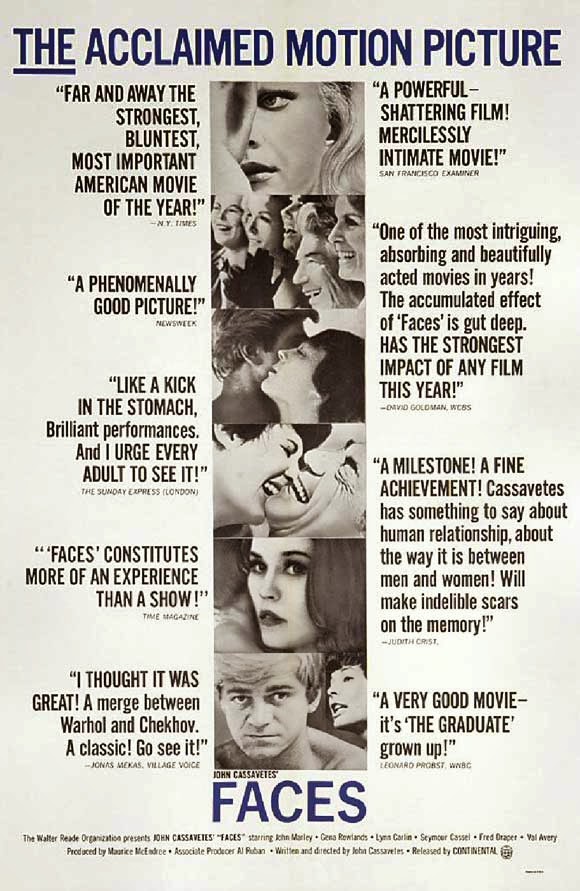 Posted by roncastillonyc@yahoo.com at 7:20 PM