"Cat People" (1942) The best horror film of the '40s. Kent Smith is a draughtsman who meets cute and weds a mysterious Serbian fashion designer, the kittenish Simone Simon. Things turn eerie when she tells him they can't consummate the marriage because she's cursed by an Old World spell wherein she'll turn into a deadly panther if they do! Sounds hokey but it's got scenes of real shock and terror that have been ripped off for decades. A masterly use of atmosphere, sound effects, and inky dark shadows to make you squirm. 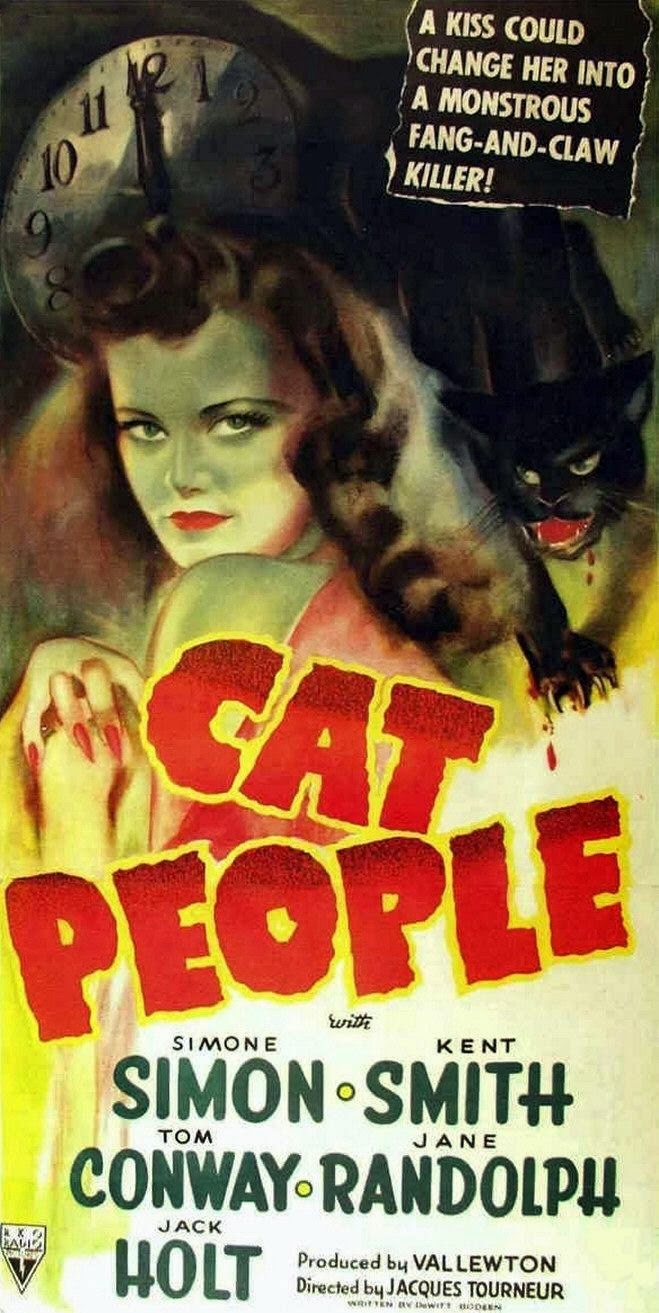 Posted by roncastillonyc@yahoo.com at 5:11 PM