A little known film noir character study. Vince Edwards plays a Randian hitman working for a nebulous syndicate. All he wants is to save enough money to buy a house in the country. He kills and saves, kills and saves until he gets The Big Assignment and is confronted with the fact that he just might have a conscience. A big influence on Scorcese's  "Taxi Driver", it has odd rhythms and silences that make it a small gem. A great electric guitar score by Perry Botkin too. 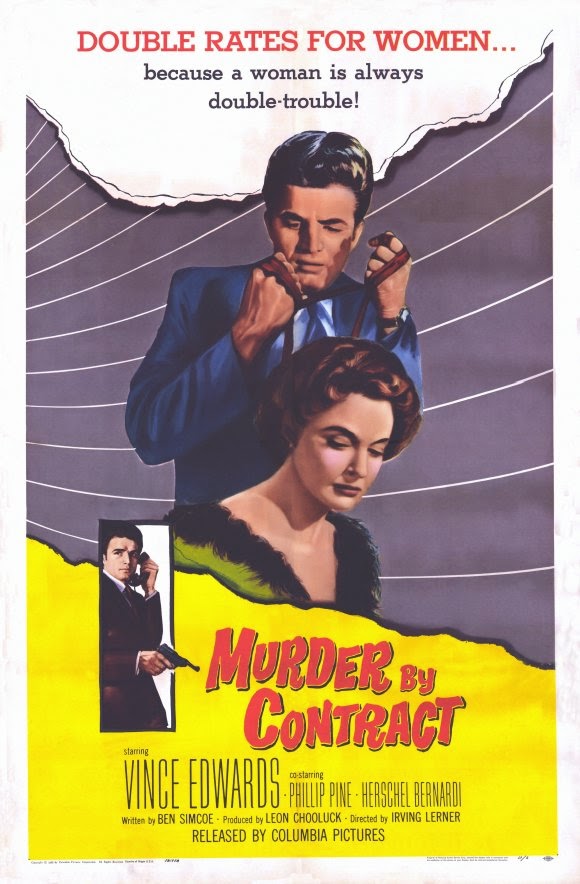 Posted by roncastillonyc@yahoo.com at 6:49 AM