Nobody played a hard-bitten 'dame' like Susan Hayward and in this ur-text of prison execution pictures she found her signature Oscar winning role. She's fiesty and fiery as Barbara Graham, the true life '50s tabloid darling convicted of cold-blooded murder and sentenced to the gas chamber. In the movie's telling, Graham was framed and sent up the San Quentin river, and it mostly deals with her excruciating appeals and the documentary-like process of the state's taking a human life. Hayward's scenery chewing chin-up performance makes it fascinating if not macabre. 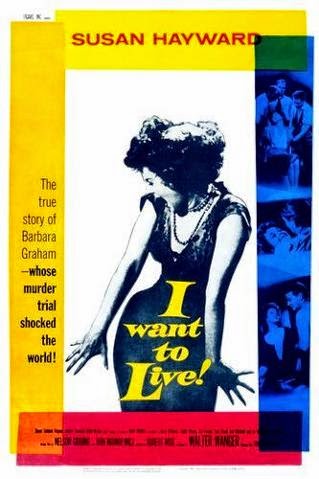 Posted by roncastillonyc@yahoo.com at 8:02 PM