A solid film noir thriller with some very fine directorial touches. A young newlywed couple must go on the lam after the innocent truckdriver husband is duped into helping a gang of racketeers. The job goes wrong and the baddies, led by unhinged Raymond Burr, want him dead, and the cops won't believe a word he says. Oh, and wifey reveals she's pregnant! It's a classic structure of the Everyman getting pulled into a dark sinister world from which he can't escape. The always interesting director Anthony Mann keeps the noir flourishes coming at a fast pace. 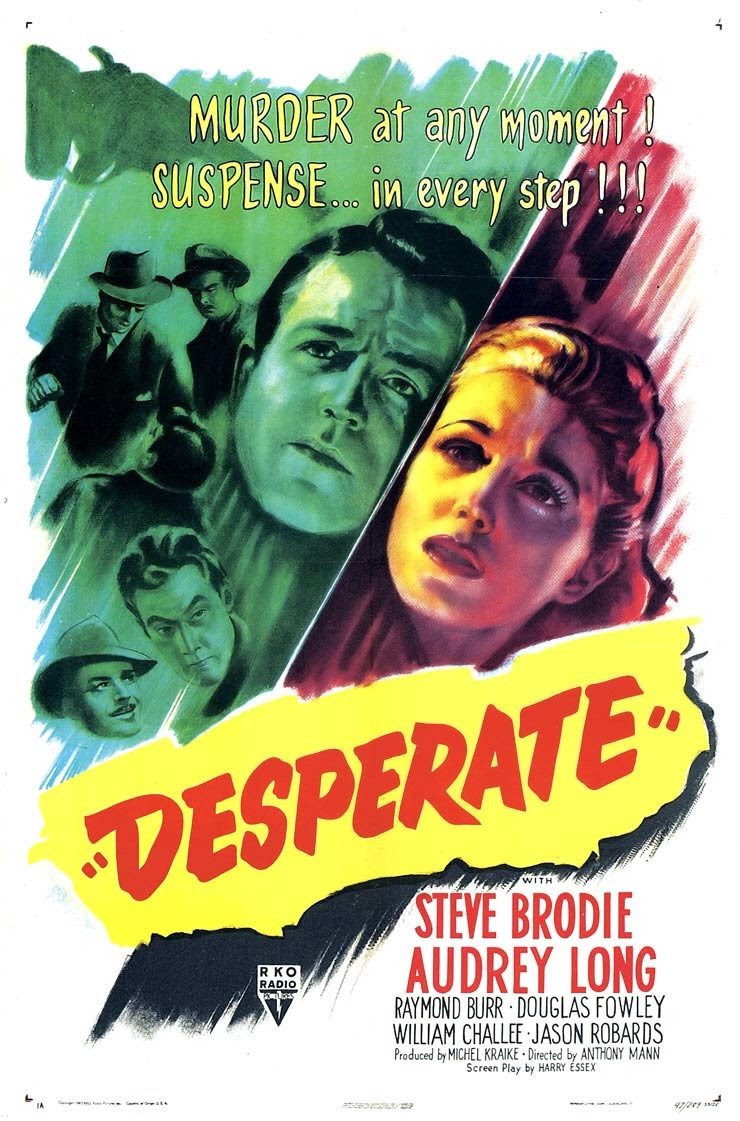 Posted by roncastillonyc@yahoo.com at 7:17 PM