To see Barbara Stanwyck clad in all black western regalia atop a white horse at full gallop followed by 40 other horsemen during the credits of this baroque western is nothing short of movie euphoria. You're hooked from then on. She's a hardbitten cattle baroness who rules her Arizona county like a despot. No one dares cross her until new sheriff Barry Sullivan comes to town and his first task is to haul in Stanwyck's ne'er do well younger brother. They fall for each other hard and brace yourself for the unbelievable double entendres! Director Sam Fuller, as always, is going for broke here. He teeters on the edge of camp but never crosses the line, keeping the whole thing firmly ensconced in the genre's best conventions. 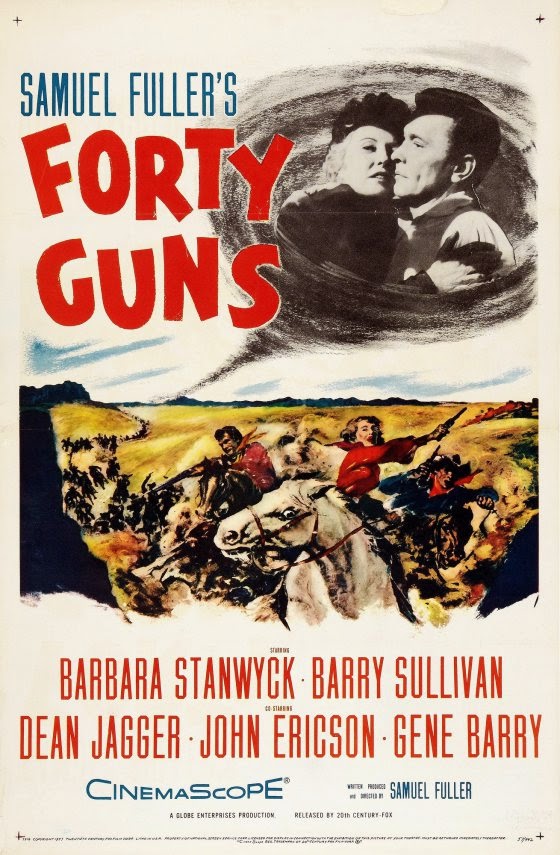 Posted by roncastillonyc@yahoo.com at 8:27 PM