Long before Casey Anthony and O.J. and even the Lindbergh kidnapping there was a lurid true crime tale the frenzied media dubbed 'the Trial of the Century'. It involved a beautiful chorine, Evelyne Nesbit, caught in a tug-of-war between the most famous architect of the Gilded Age, Standford White, and a hot-headed bazillionaire coal heir from Pittburgh, Henry K. Thaw. The real details of this salacious story could only be hinted at in this very good and glossy telling, but you do get a stunning Joan Collins in the title role with ample support from Ray Milland and Farley Granger as her suitors. A great script by the always fine Charles Brackett doesn't hurt either. 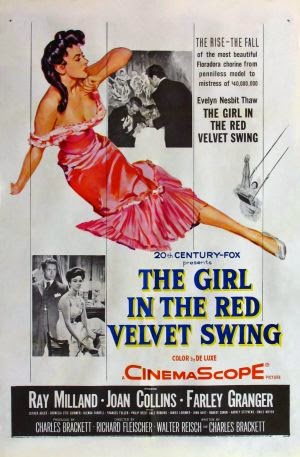 Posted by roncastillonyc@yahoo.com at 1:29 PM