Based on a true story of The Last Honest Cop in NYC, Al Pacino owns the screen, albeit while he chews it up, in this violent, edgy character portrait. Director Sidney Lumet lays on the Christ figure stuff a little thick (the hero didn't meet an animal he didn't like, the beard, and he even wears sandals!), but it's fascinatingly set on location in the grimy cesspool that was pre-gentrified New York. There's no hope in this urban circle of Hell, everything and everyone is corrupt and the filthy cityscape visuals take on an ugly beauty all their own. The film spawned so many Starsky's, Hutches, and Baretta's it's influence on cop dramas for decades can't be overstated. 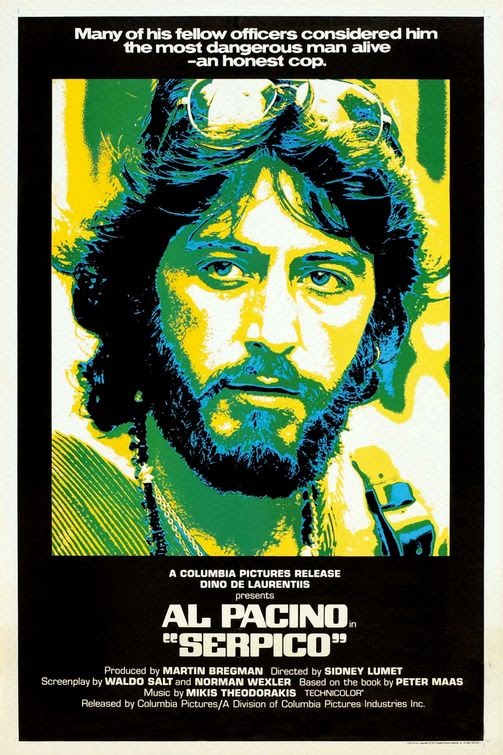 Posted by roncastillonyc@yahoo.com at 8:13 PM