This very aptly named prison picture pulls no punches. Prisoner Burt Lancaster and his handful of cellmates have a foolproof plan to make The Big Break. There's one hitch and it's a huge one: the very nasty chief of guards is onto their scheme and he's gonna foil the plot and make their lives hell afterward. The usually sweet Hume Cronyn goes against type and throws himself into the role of this baddie, he's power-hungry and mean to the core. Director Jules Dassin cloaks the whole picture in a pervasive mood of hopeless melancholy punctuated with some nasty and unforgettable violence that you can't believe was depicted in the late '40s. The only relief is each man gets a pre-prison flashback to his life with a ladyfriend, so you get cameos with lovelies like Ann Blythe and Yvonne DeCarlo, but not for long, it's back to penitentiary purgatory and the what-will-happen-next story. Even if the anti-prison message is laid on thick this expertly crafted noir is well worth catching. 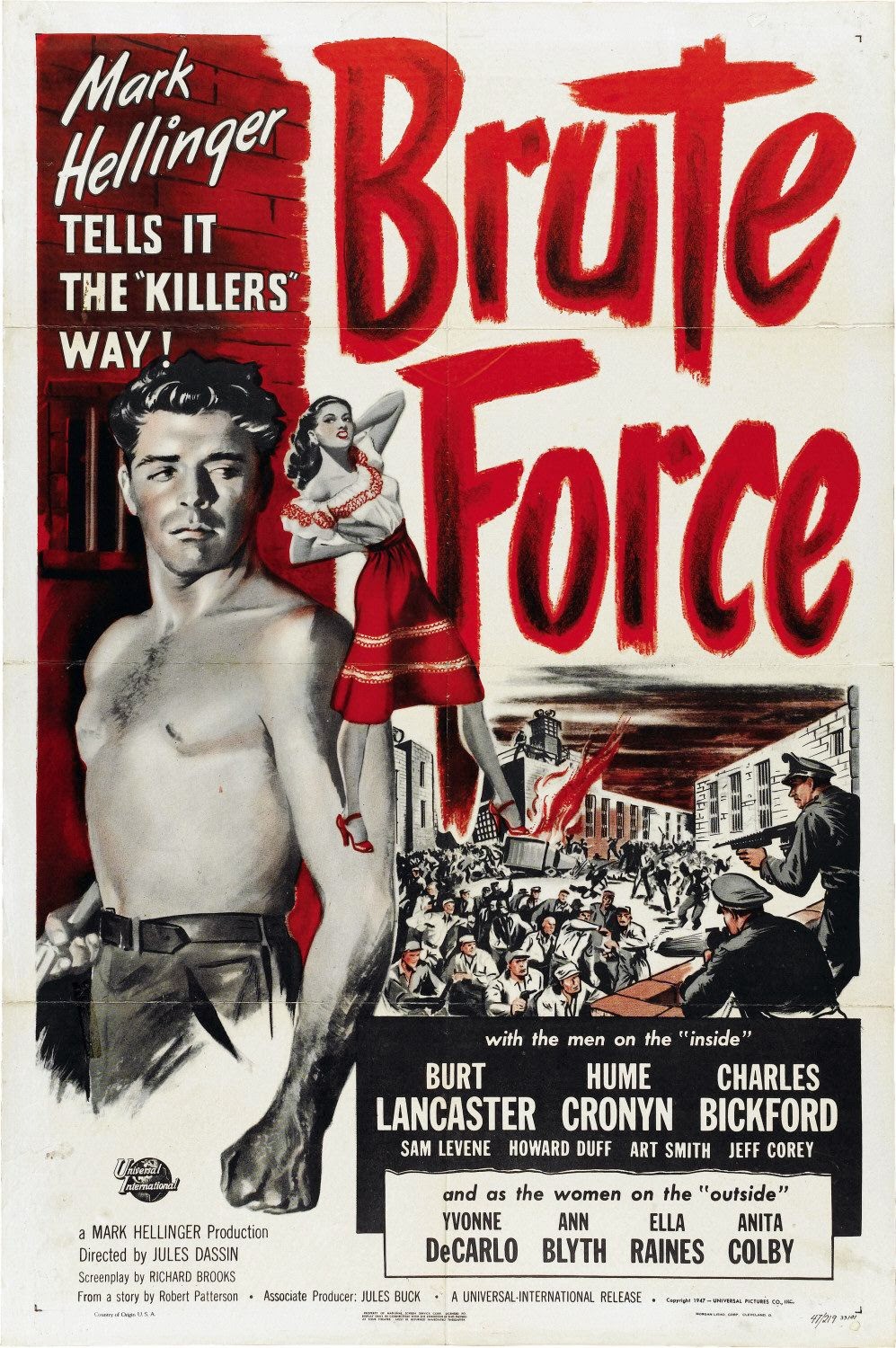 Posted by roncastillonyc@yahoo.com at 6:49 PM