Director Otto Preminger helms this classy political melodrama that while over fifty years old, doesn't date itself much. That's not necessarily a good thing. Sadly we still live with Washington's partisan backbiting, spineless congressmen, and Nixonian 'dirty tricks', all in evidence here. The ailing President (Franchot Tone) nominates a controversial senator to be the new Secretary of State (Henry Fonda). An all-star cast of congressmen--Walter Pidgeon, Don Murray, Peter Lawford, George Grizzard, Will Geer, Betty White(!)--all try to get their fingers in the pie, pro and con. Lording over the whole bunch like a fat nasty buddha is the deceitful and grandstanding Senator from the conservative South, Charles Laughton. The very symbol of oily politics, he's the standout performance. The plot is notable for one gay character being threatened with public outing, a ploy that would surely end their career (remember this is the early 60s), and we even get a peek into Hollywood's first depiction of a gay bar (spoiler: it looks like fun). All this and some beautiful titles by the great Saul Bass. Check it out. 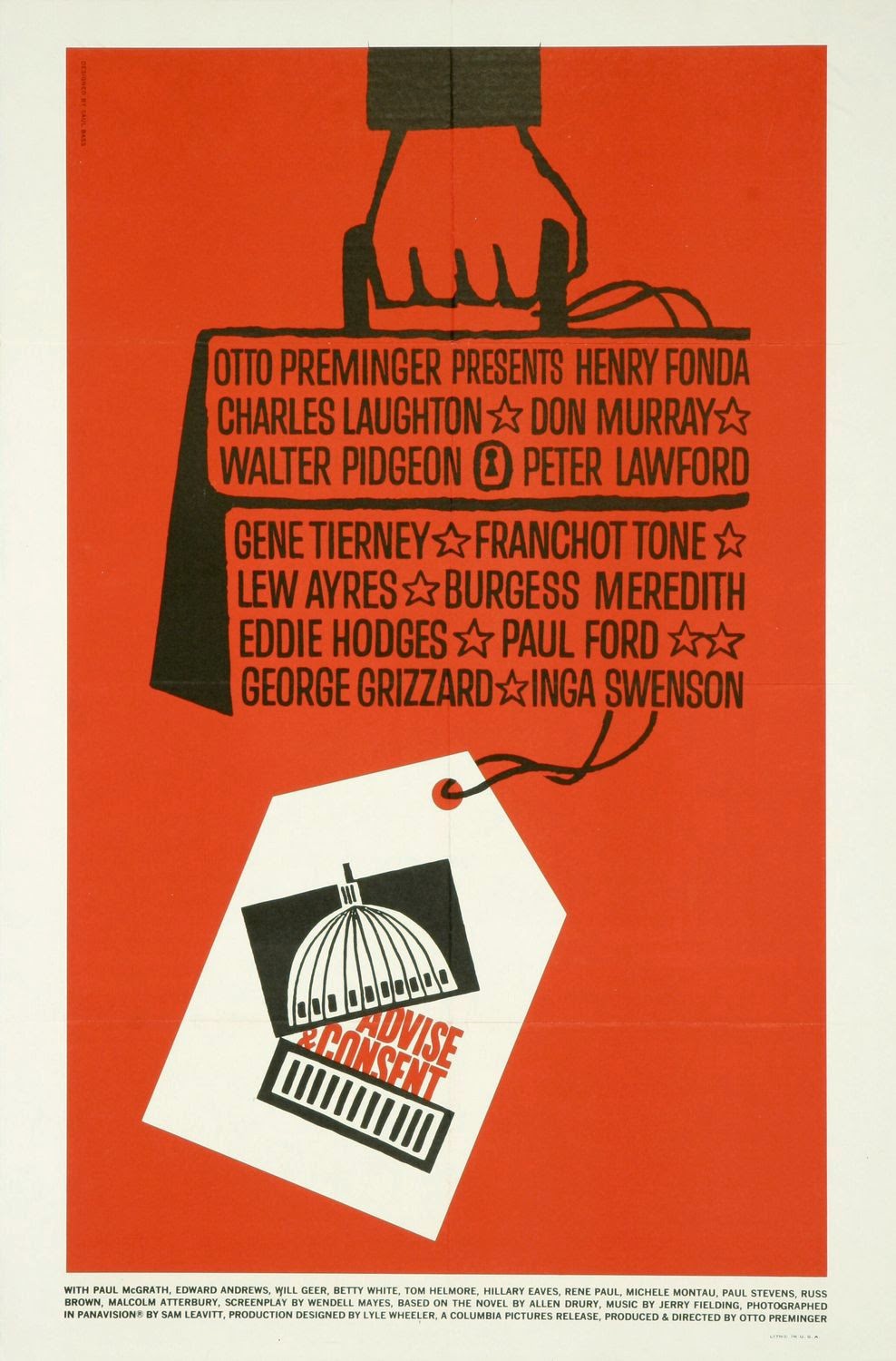 Posted by roncastillonyc@yahoo.com at 5:46 PM