A fine musical bio-pic about the life of singer Jane Froman. Who, you ask? She was an extremely popular radio and nightclub personality who sang The Great American Songbook, those indelible songs of Rodgers, Hart, Porter, Gershwin, Kern, and others. She had a lovely bell-clear contralto voice that must've played well on the airwaves. But the real reason this film was such a huge success in it's post-War release was that her story was vintage American boosterism, a rallying cry for those overcoming unsurmountable obstacles and, by gosh, doing whatever it takes to win. On her way to entertain the WWII troops in Europe, her plane crashes just shy of the Portugal coast, badly crippling her legs. She would fight operation after operation, enduring great pain for the rest of her life. But despite this big setback--and in true Hollywood fashion--the show DID go on. Susan Hayward gives a modulated warm performance lip synching to the real recordings of Froman. Yes, there's a romantic subplot involving her first loveless marriage to her manager (David Wayne) and her affair with swoon-worthy soldier Rory Calhoun, but it's the musical numbers of some fine classics like "Blue Moon", "Embraceable You", "That Old Feeling", "Get Happy", etc, that make it so watchable. Look for a star making cameo of a very young and dashing Robert Wagner as a sad G.I. with PTSD. 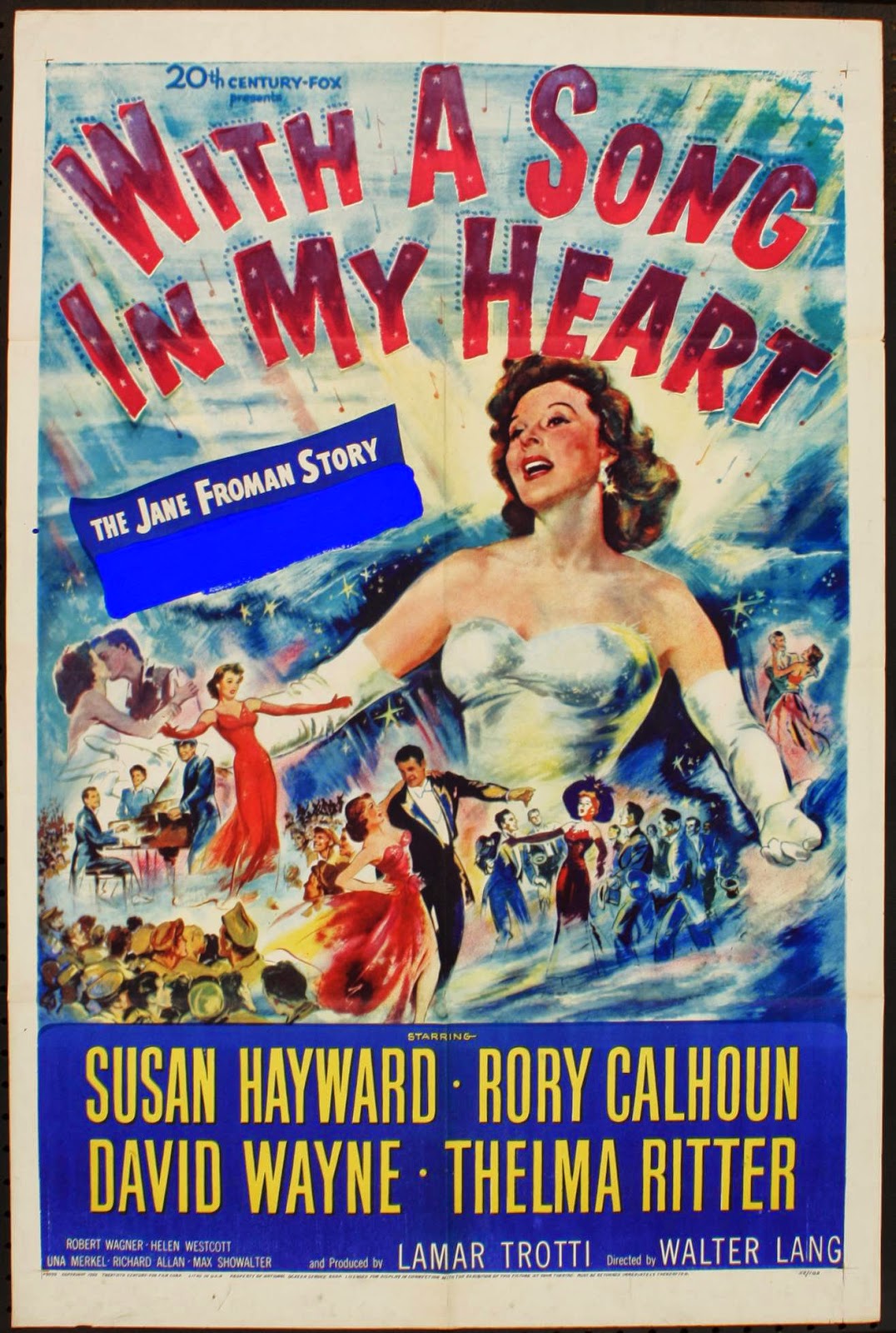 Posted by roncastillonyc@yahoo.com at 7:38 PM