That goody-goody Grand Dame of Hollwood, Norma Shearer, nabbed an Oscar by going bad in this pre-Code romance drama. She's a high-society It Girl who falls in love and marries New York's biggest catch (Chester Morris). All is well until an old flame of his turns up and he admits to some marital cheating. She decides that turnabout is fair play so she shacks up with one of his best friends. Then things really get unpleasant. Like most early talkies, it's a bit stagey and the acting is mannered, but the frank handling of sex, infidelity and equality of the sexes (in 1930!) make it a fascinating outing. And La Shearer gets to wear some stunning Adrian gowns through all that hand wrung suffering. 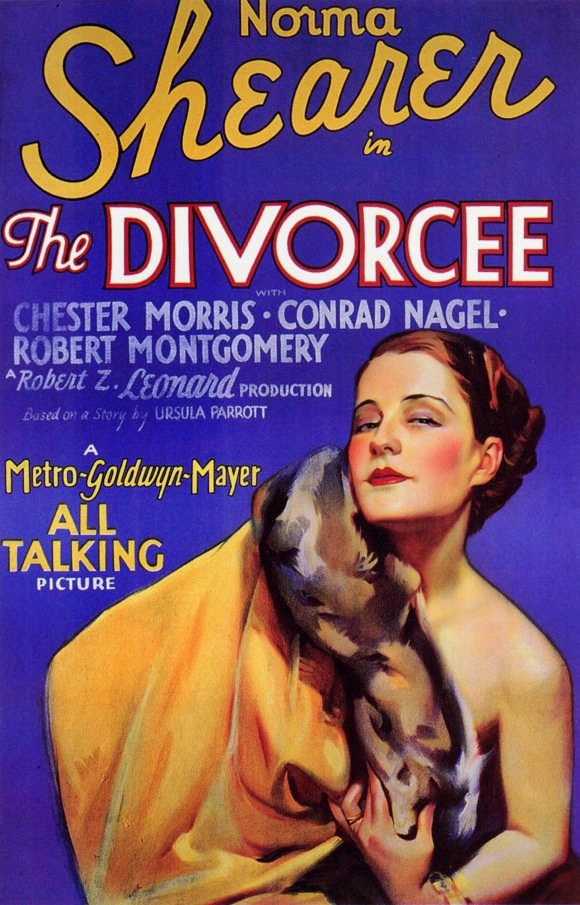 Posted by roncastillonyc@yahoo.com at 4:45 PM