It's the cast that make this a Hollywood melodrama of the finest order served thick and hammy. Just as they famously would eight years later in "Gone With the Wind", Clark Gable and Lesley Howard vie for the affection of a spoiled society girl. This time it's Adrian gowned and furred Norma Shearer who has to choose between the pantingly sexy mobster (Gable) and the wealthy--but somewhat stiff--WASP (Howard). But there's one more man in this boiling pot of emotions: Shearer's drunkard but brilliant trial lawyer, Lionel Barrymore. He won't accept his daughter slumming with the underworld cad Gable who's also his client. It all comes to a not-to-be-believed stunner of a courtroom scene with tensions and revelations galore. Barrymore probably won the Oscar for this canny bit of scene-stealing alone. Pre-code malarky but oh-so-watchable. 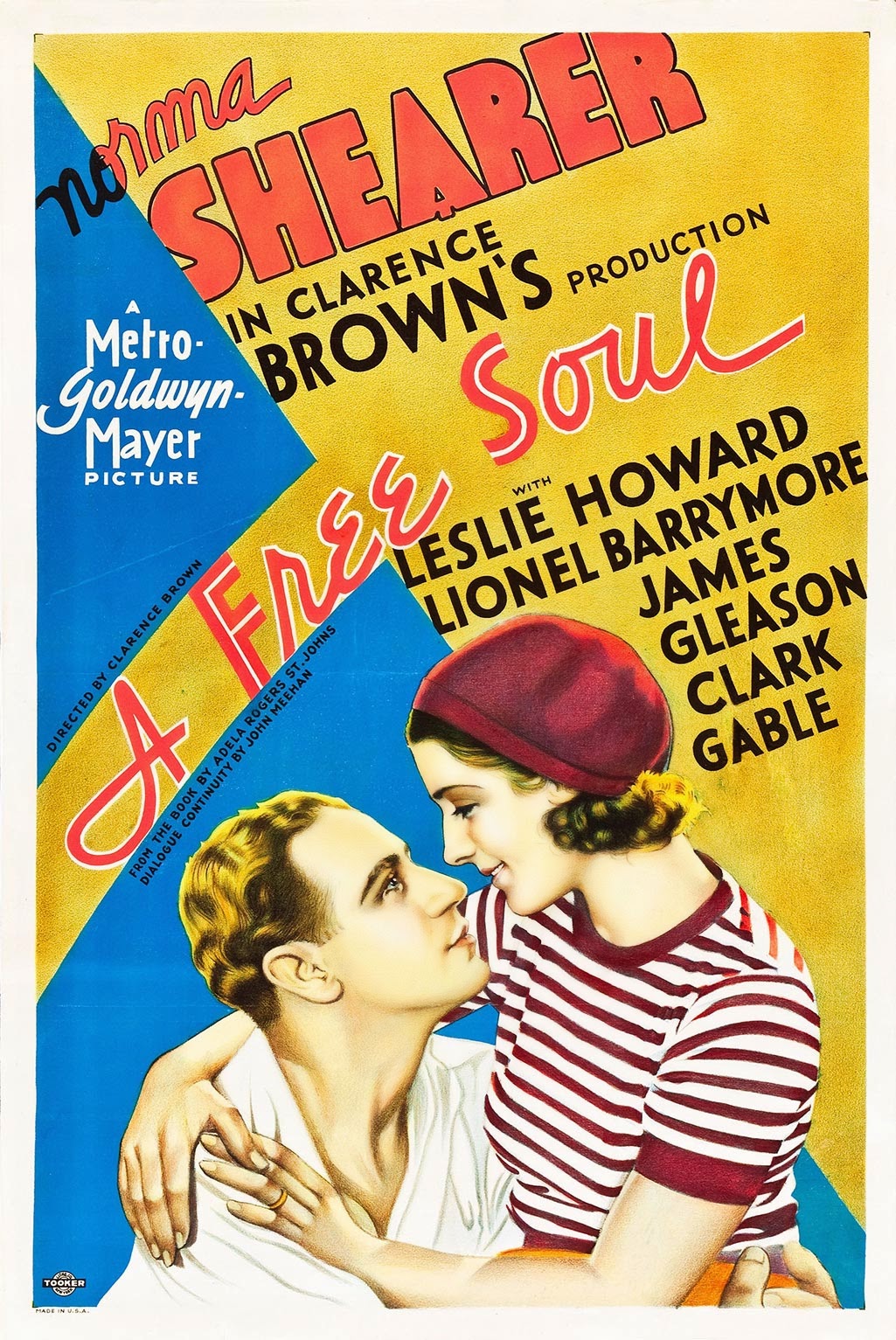 Posted by roncastillonyc@yahoo.com at 11:03 AM