This schizophrenic grab bag of a movie can't decide if it wants to be a romance, a backstage melodrama, a full-on musical, or a slapstick comedy. And if the sum of the parts don't add up to a cohesive whole, none's the pity. The mega-watt star power of the leads gets it across the finish line admirably. Joan Crawford is here doing her patented working class girl bit. She was always great in those roles where nothing is going to stop her from making something of herself through sheer hard work and determination (a sentiment that played well during the Great Depression no doubt). Mr. Park Avenue Rich Guy (Franchot Tone) takes one look at her on stage and is smitten, but she'll have none of it. She's got other plans, to be a 'star' in legit theatre, even if she has to railroad her demanding director (Clark Gable) to do it. Oh, and maybe she's falling for him in the offing too. You can feel Crawford working her damnedest in all the singing and dancing numbers, God Bless her, but there's a reason she was never a musical comedy actress. It's her chemistry with Gable that's the thing to watch. They are unbelievably magnetic and goshalmighty are they are stunning in their closeups, the very definition of  what movie stars of the Golden Era embody. And if that's not enough you get Fred Astaire in his movie debut doing an odd Bavarian fantasy number with Crawford in blonde pigtails and he in lederhosen. Plus the Three Stooges as nitwit stagehands, Nelson Eddy crooning a big production number, and a cameo of a young Eve Arden in Southern accent. Something to please everyone. 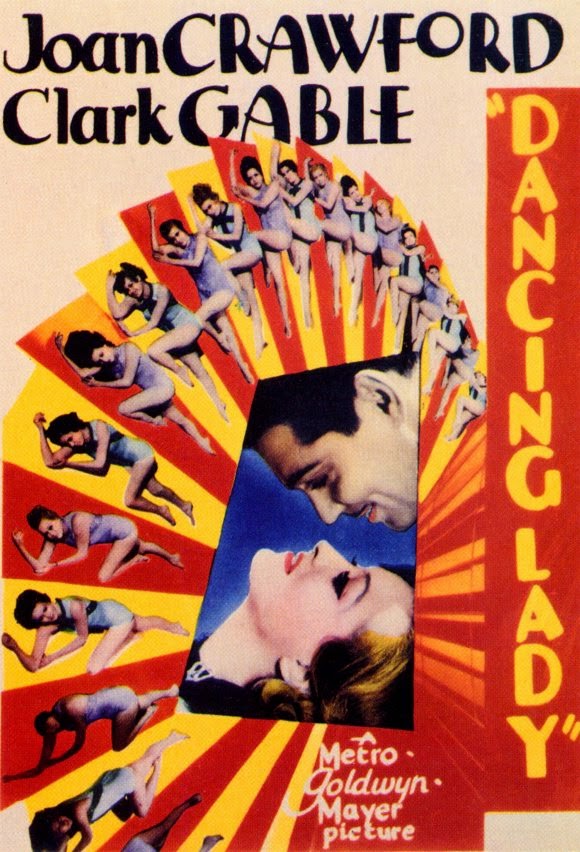 Posted by roncastillonyc@yahoo.com at 12:32 PM